Graphic design is the use of typography, photography, and illustration to communicate visually and solve problems. Although the area is considered a s

Whether you're launching a website, a mobile app, or a social media campaign, you'll need to understand graphic design fundamentals and the tools used in the project.

Many large and small businesses hire a top graphic design professional to improve the usability of their own products.

In this article, we'll look at what graphic design is and why it's important. In graphic design, several tools and techniques are utilized. You'll also discover my personal thoughts and opinions. It assists you in deciding which software is better for you?

What is Graphic Design?

Graphic design is the use of typography, photography, and illustration to communicate visually and solve problems.

Although the area is considered a subset of visual communication and communication design, the phrase "graphic design" is occasionally used interchangeably. 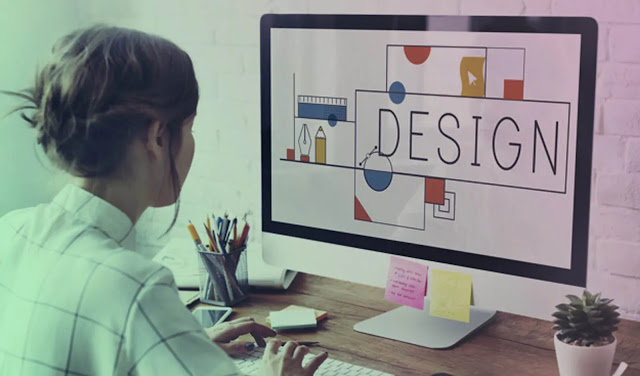 The design principles are the guidelines that a designer must apply to achieve an effective and engaging design.

Why is it necessary to graphic design principles? It is easy to define which are important elements in the composition.

The basic principles are made up of various combinations of design components that are all placed together in one picture to make the picture seem better.

The arrangement of visual components in a composition such that they line up is known as alignment. We utilize alignment in design to organize elements, group components, establish balance, structure, and relationships between pieces, as well as to generate a crisp and clear result.

There are two alignment concepts in design: Alignment of the edges with the center Edge alignment to the top or bottom might be to the left or to the right. As the name implies, center alignment is aligned to a centerline that runs along the middle or crosses the horizontal.

Alignment is frequently an unseen line to which visual elements are aligned, although it can also be physically hinted at. Alignment can be utilized to create a specific appearance and feel.

When two or more visual elements in a composition are different, contrast occurs. We utilize contrast in the design to create impact, emphasize significance, create interesting visuals, and add visual appeal and dynamism.

Now, when it comes to comparison, context is crucial. Contrast may push visual components away, link them, or compliment them, creating fascinating connections between them.

Visual components that lack contrast might be useless. Our eyes appreciate contrast because it attracts our attention and makes it simpler to absorb and make sense of what we're seeing, which is why it can be a powerful means of communicating visually without the need for text.

White space is commonly referred to as negative space in page layout, design, and artwork.

It is the area of a page that has been left blank, such as the margins, gutters, and space between columns, type lines, graphics, figures, or anything created or represented. White space is crucial for publishing designers.

Repetition refers to the usage of the same or similar components throughout a design. This is not to be confused with the repetition of visual elements as a pattern.

In a bigger piece of design work, visual components like a pattern are more concerned with visual style or visual artwork.

In graphic design, typography is one of the most often utilized components. The most direct approach to communicate visually is through type, which is generally used as headers or paragraphs.

In a font, a single letter is made up of geometric and organic shapes that have been merged to form a bigger shape, in this example the letter R.

This one-of-a-kind letter form is both an entity and a component of a font made up of other letterforms. Every typeface's features may be split down into what is known as the anatomy of type in design.

The typeface's distinct appearance and feel are determined by the forms provided to the anatomy of the type in each letter.

The management of visual information in an arrangement or presentation to indicate significance is referred to as hierarchy. The sequence in which the human eye interprets what it sees is influenced by hierarchy.

In design, hierarchy is used to give structure, visual organization, direction, emphasis, and to make it easier for a viewer to browse and absorb information.

Typically, contrast is used to create hierarchy. between two or more visual components in a composition. It's important to have a clear visual hierarchy since it helps to keep the design together. 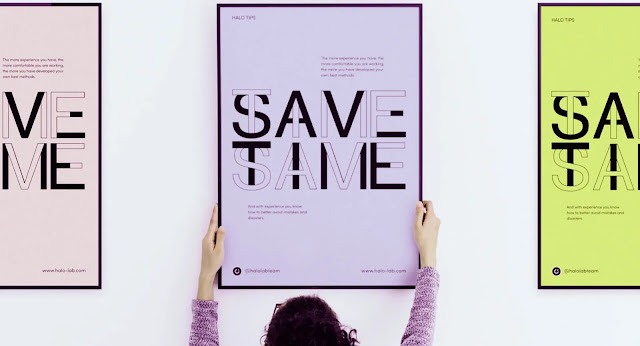 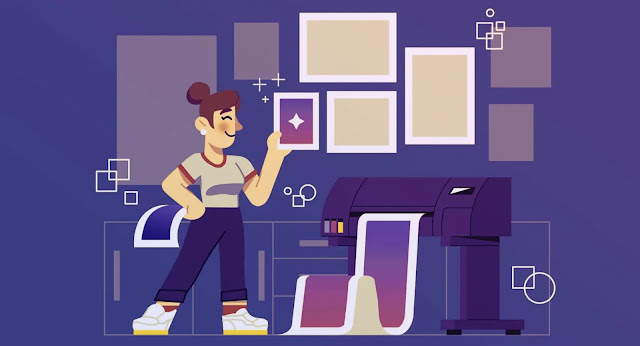 The print design does not include the printing process, the production of physical copies, and other designs. 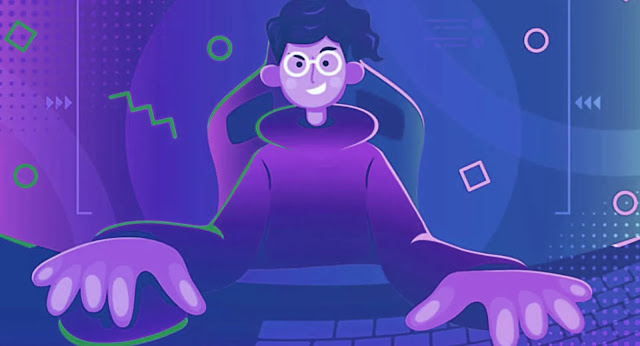 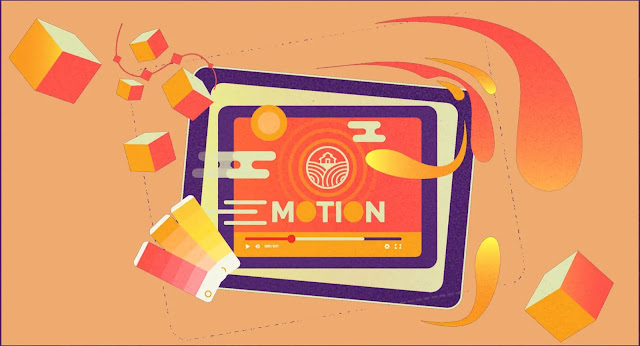 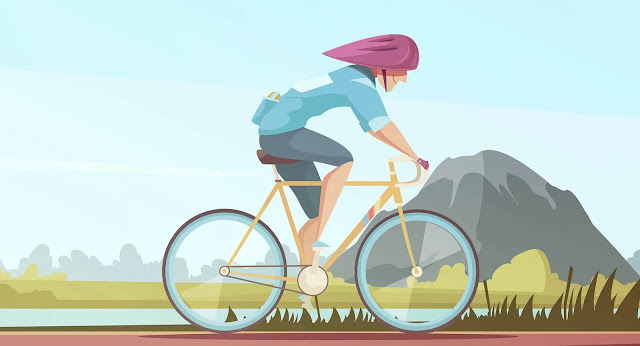 Many companies like Google, Apple, Microsoft, and Samsung use this motion graphics video to explain the features of their products in an easy way.

You can use much software like Premiere Pro, After Effect, Illustrator, or other 3D software to make it more realistic.  In this video, you can apple use this animated motion graphics video. This helps to easy to understand main concepts. 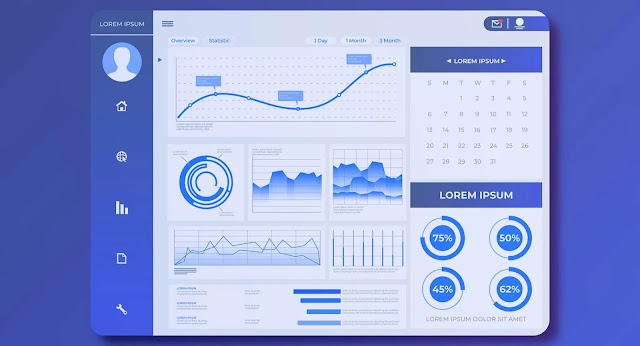 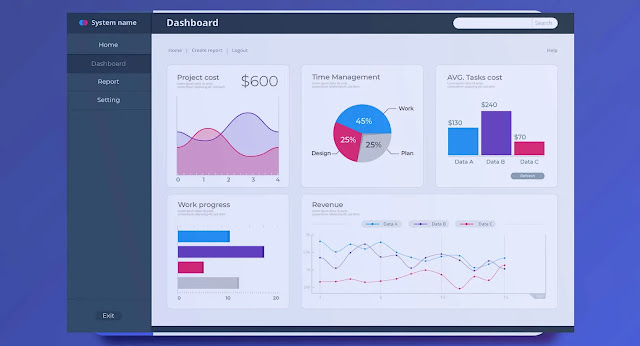 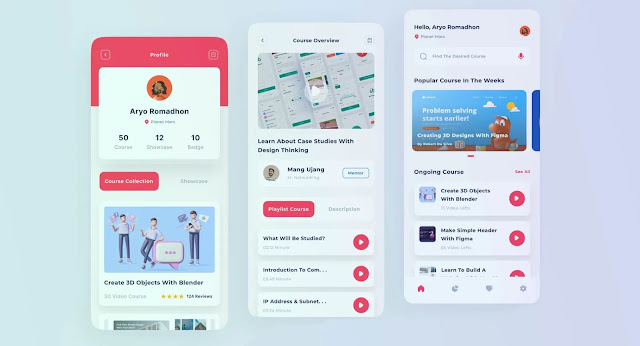 The designer creates the mobile and website interface to see previews of what the final products look like?

Adobe XD, Figma, and Sketch are used to design user interfaces. I use  Adobe Xd to design my Website and application. This all free software to use. 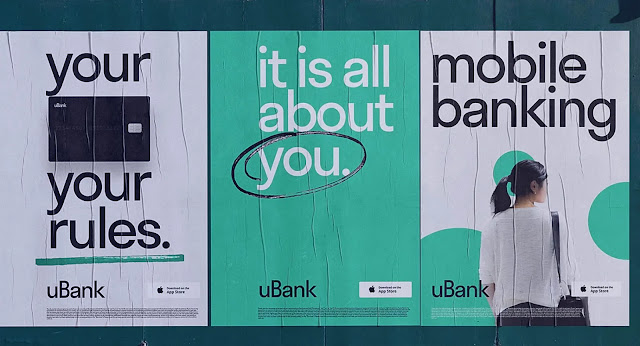 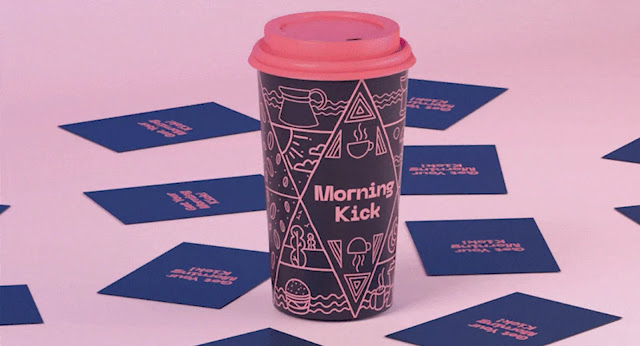 A designer design this banner according to business information. Campaigns are created by an advertising designer.

Their responsibilities include generating sales or raising awareness of a particular product or service. A designer produces a design for a media or press campaign to accomplish.

Working as a graphic artist, an advertising designer creates layouts and designs advertisements. 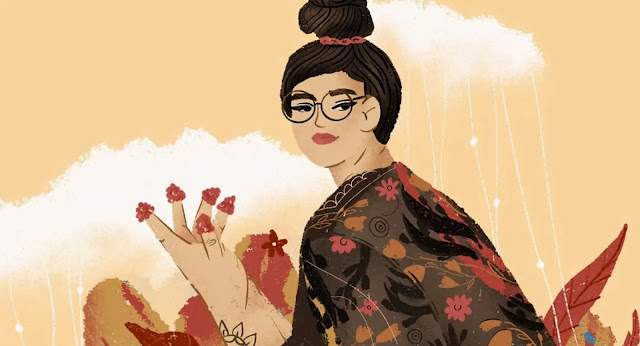 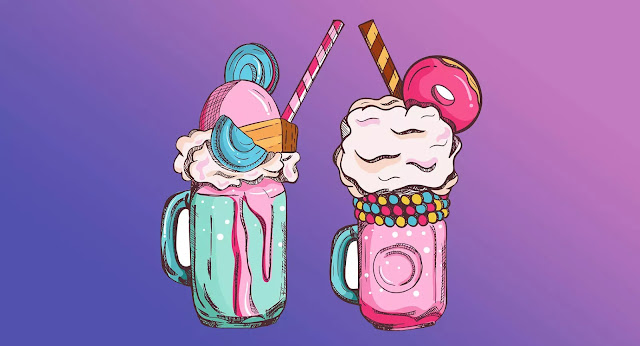 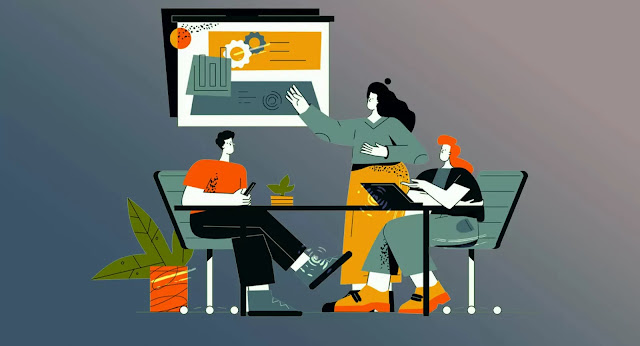 Vector illustration is a popular computer graphics design image. What are vector graphics, exactly? The mathematical equations that are employed to draw out your drawings are known as vector graphics.

A comparison of vector graphics and traditional graphics is the best method to understand them. A raster graphic, such as a JPG, GIF, or PNG file, is a classic graphics.

A PDF, EPS, or AI file format would be used for a vector graphic. The distinction is that a raster graphic is only as large as the size of the file that is sent to you. It will pixelate if you try to zoom it up and make it bigger. 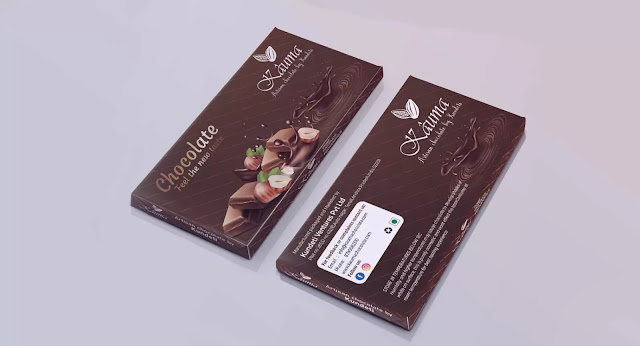 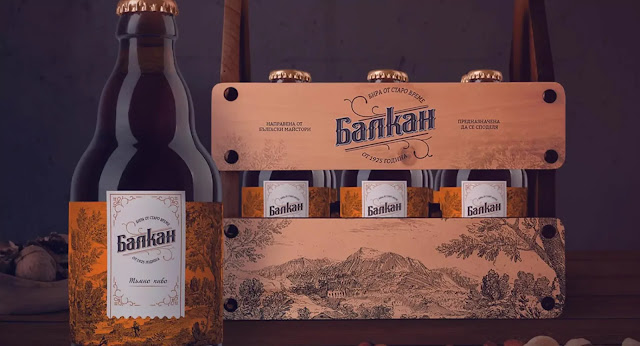 Packaging design is the most important role to promote the products and services. So, what exactly does product packaging involve? The design of a product's exterior is known as product package design.

This covers product and shape choices, as well as designs, color, and typefaces used on the packaging, a box, a can, a bottle, or any other type of container. 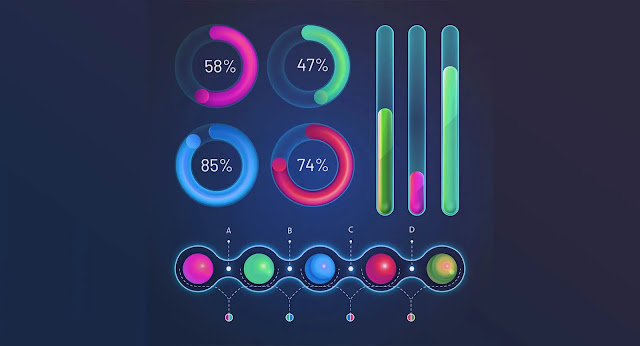 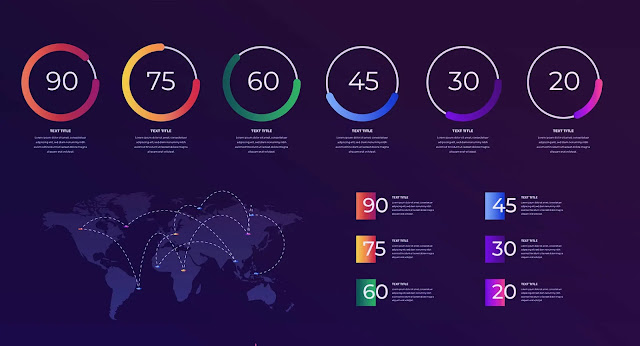 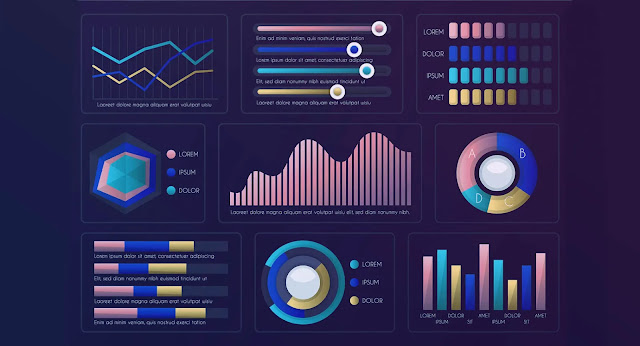 What exactly is an infographic? According to Merriam-Webster, an infographic is a combination of the phrases information and visuals.

In a word, an infographic is a chart, diagram, or illustration that combines graphic elements to communicate information in a visually attractive way, but the oxford learners lexicon defines infographics as information or data given in a chart or diagram so they are easy to grasp.

Infographics combine data and visuals to tell a story or convey an idea more effectively. Using both data and visuals in an infographic can help make your information more appealing, shareable, and understandable.

Photoshop allows users to create or improve images, artworks, and illustrations, or otherwise edit them.

Adobe Photoshop makes it possible to modify backgrounds, simulate a real-life painting, or create an alternative view of the world.

Adobe Illustrator is the vector-based graphic design software used for making logos, portrait art,  icons, banners, and more. Many people used this software because it provides thousands of tools and an easy interface. You can easily modify shapes using some useful tools in illustrator.

The application allows you to instantly add final touches to the creation and fits well with other Adobe products. The Adobe Creative Cloud is also available.

CorelDRAW is a powerful graphic design application that can be used for a variety of creative projects. We'll learn a lot about CorelDRAW here.

It is intended for beginning users of the software; ideally, this lesson will cover the majority of themes, such as knowing some essential tools that we will use throughout all projects and setting up our workspace.

With the use of computer software, we can gain knowledge in graphic design in a variety of ways. CorelDRAW is a tool that demands a great deal of practice. CorelDRAW is a popular picture creation program that is used all over the world.

Adobe After Effects is a powerful filmmaking application for creating animations, visual effects, and mixing motion pictures. After Effects is a video editing program that is used in the production of films, television shows, and web videos.

This software is used in post-production and has hundreds of effects for manipulating imagery. This enables you to mix video and image layers in the same scene.

After Effects was created in 1993 and has been acquired a few times since then. The company of Science and Art (CoSA), the original creators, released two versions with a few capabilities that allowed you to composite layers and modify certain layers' attributes.

Flyers, brochures, magazines, newspapers, and books may all be created with InDesign, a computer graphics software tool. InDesign projects can be distributed in both digital and print media.

Graphic designers, artists, publishers, and marketing professionals all utilize InDesign. Adobe Systems created and manufactured it, and it is accessible separately or as part of the Adobe Creative Cloud.

Previously, InDesign was only available as part of Adobe's Creative Suite. Other Adobe resources are available through InDesign CC.

Many of the services included in InDesign CC are supplementary premium services for which Adobe charges a fee in addition to the monthly license price for the CC apps.

Adobe Xd is the most popular vector-based UI and UX designing software for free. Many designers use this software to design web and mobile applications.

The big and small companies hire the best UX UI designer to make products more user-friendly. It is free software if you using adobe creative cloud membership. You can start your graphic design career with adobe XD.

This software is easy to use and there is no any complicated tools and function. You can play with shape tools, text, prototype, and layout.

As Adobe XD prefer to use plugins, which are easy to finish any tasks like finding the right image, icons, and shape for your website or mobile application.

The most popular and useful plugins such as Auto Icons, Undraw, stock photos search, etc.

Q. 1 What is Graphic Design?

Graphic Design is the visual communication combination of color, fonts, texture, images, and icons. An artists, creator, or anyone create visual elements.

Q. 2 How to Showcase our Design?

Q. 3 Which is the best graphic design software?

The most popular and trendy graphic design software in world such as Photoshop, Illustrator, Adobe Indesign, XD, and more.

Q. 4 Can I need to learn Visual hierarchy?

You must learn visual hierarchy because it is fundamental concepts of designing. It provide different technique to arrange you design according important perspective.